We Are Not In The Same Boat. A Letter to Israeli Feminists

To Israeli feminists and activists I say clearly and emphatically: No, we’re not in the same boat, and we’re not partners in the same struggle.

Such partnership is not possible because we don’t undergo the same oppression. We can’t be partners because you (and to be fair, I’ll say the crushing majority of you) don’t acknowledge the injustice of the Nakba and the oppression of the occupation that began in 1948, continued in 1967, and to this day.

This injustice and this oppression cannot be separated from what we’re undergoing today. We were expelled, murdered and raped in 1948 and in 1967 and the vast majority of you denied and continue to deny this fact, and whenever we bring it up you choose to abandon the struggle. For this reason it’s important to make clear that we, the Palestinian women living within the borders of the State of Israel, and also the Palestinian women living in the West Bank, Gaza, and in the Palestinian diaspora, have been conducting a single (although changing and developing) feminist-national struggle for many years, from back in the days of the British occupation and even before that. We have struggled against the Zionist occupation since 48, and at the same time we have conducted a struggle against the patriarchy that dominates in most of the strata of our Palestinian society. We do not need beside us Israeli women who are willing to “support” us in a way that is partial, conditional, limited and stuttering. For how is it possible to champion values of feminism and equality, but not to acknowledge and not to be willing to speak about oppression and occupation? I need to note that a very few of you are indeed willing to speak about the occupation, and particularly about the occupation of the West Bank and Gaza since 1967, but those voices dissolve under the majority of you who aren’t willing to speak about this at all. How can a settler-woman in a house and on land that she has stolen from another Palestinian woman and family expect us to sit at a table and speak about partnership and women’s rights? It’s impossible, period. A Palestinian woman who participates in such a discourse places herself from the outset in a weak and hypocritical position, and is perhaps unaware of the danger in such a discourse.

We are in two boats, and they’re essentially different. We, the Palestinian feminists, don’t need women who’ll preach morals to us, or tell us how we ought to conduct our struggle – just as you wouldn’t be willing to accept men who’ll tell you how to conduct your struggle. We know very well how to conduct ourselves, how to demand and obtain our rights, what to say and when! We know that our journey is very long and hard. It includes resistance to the occupation, resistance to the patriarchy, and resistance to women who think they’ll redeem us from oppression while they themselves take part in our oppression but don’t have the courage to acknowledge this. You want a shared and comfortable struggle, but we’re not comfortable at all with this equation, and in this struggle too we’ve decided to break the silence. We erred and were silent a lot, and there are those who are still silent, but the day will come when they too will reach the right conclusions. Once we thought that you’d take it in, that you’d understand, that you’d acknowledge, but to our regret nothing has changed, and to be truthful it isn’t worth the effort, when we find ourselves expressing and explaining our position again and again, and while every new Israeli women’s project that wants to work in partnership with us repeats your willingness to speak only on gender problems in society, your evasions of speaking in a truthful way about the price the occupation extorts from is, and your expectations that we’ll be willing to give up.

The struggle being conducted by Palestinian women wasn’t born yesterday. Here are some historical facts you should know: the Palestinian feminist movement was born in 1893, when women demonstrated against the establishing of the first Zionist settlements in Palestine, on lands of Palestinian villages. Already at its outset this struggle was interwoven with the Palestinian national struggle. In 1904 the first Palestinian women’s NPO [non-profit organization] was formed. In 1910, Palestinian women in Jaffa set up an NPO for women’s empowerment, which among other things assisted women to study and to get an education. In 1917 women demonstrated against the Balfour Declaration. In the late 1920s many Palestinian women’s NFOs were formed. Some of these engaged in politics and in the Palestinian national project, others in health, education, economics, empowerment, and in advancing women on all levels. The first union of Palestinian women was formed in 1919, with the participation of women from many towns and villages, including Akka, Haifa, Jaffa, Nablus, etc. The first congress of Palestinian women took place in in 1929, with hundreds of women taking part. Many important congresses like it have been held since then, and continue to do so. Women participated in the Palestinian revolution and took part significantly in the uprising and the resistance, were part of the Palestinian army until 1948, and Palestinian women fighters were killed in the course of the fighting beside those women who were killed in their homes, in mosques they were hiding in from the shelling and the shooting, or while they were fleeing with the intention of returning one day. Palestinian feminist history is too long to detail in a short post, and these are only several details from it.

Since 48 the movement has undergone many changes: the messages, the goals, and of course the women themselves, have changed, but we’re proud to be daughters of this strong and empowering movement. We are another generation, and a generation is lacking, because many are not with us physically. Our partners in the struggle live in refugee camps in Arab countries after being expelled in the Nakba, others were expelled to the West Bank or Gaza and live there, in addition to the Palestinians who were already living in the part of Palestine that was occupied in 67. We wish for the moment when all Palestinian women will be able to return to their homes, to their lands, to their homeland, we wish for the moment when we’ll be able to work together without any barriers or limitations. For this too is a right that has been stolen from us, and you choose to deny this. We, Palestinian women, the majority of us, will always be here, in order to say this.

Aya Zinati is a Palestinian feminist activist, residing in Lod, and a leading figure in the struggle against violence towards women in that city and in Palestinian society within the 48 boundaries. The post was translated from the Hebrew by Richard Flantz and originally published in his blog. You can read the original post here.

(Featured photo: A rally to protest violence against women in the city of Lydd, led by Palestinian feminists. September 2016. photo credit: Lital Cohen-Biton) 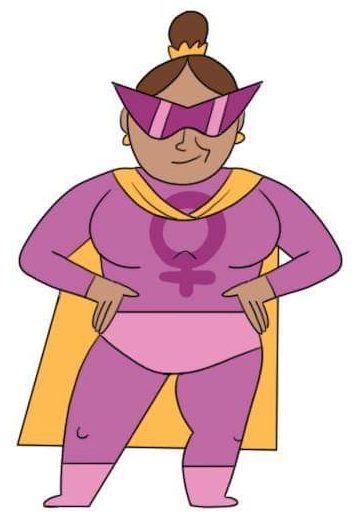