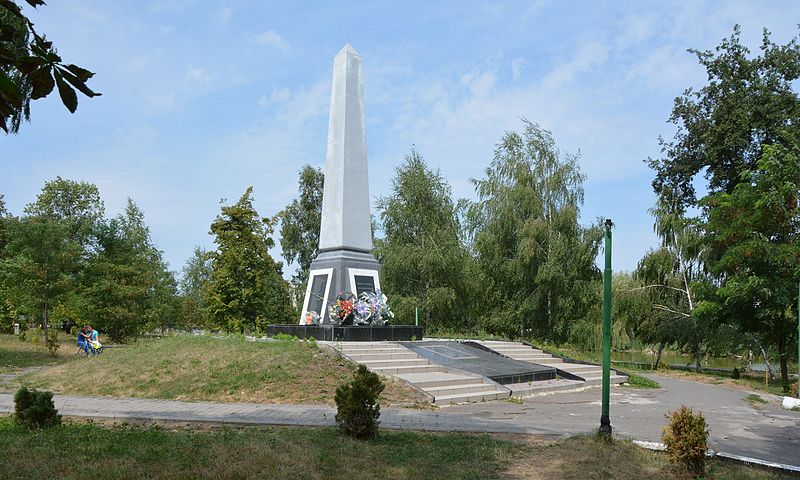 Esther (Biba) Beizer was born in 1925 to Leah Beizer, born in 1892, and Mordechai (Motel) Beizer, born in 1889. Esther was the middle child, Joseph’s little sister and Moshe’s older sister.
The family lived in a village called Perespa, between the town of Rozyszcze and the city of Kovel in Poland. The grandparents on both sides, as well as uncles and aunts, lived in Kovel.

Esther’s parents owned a warehouse for building materials and grain. The father sold the grain to the Germans and the family’s financial situation was good. As a child, Esther studied at the “Klara Ehrlich” Jewish school for six years and continued her studies for another two years until the war broke out.

In 1939, when the war began, Esther was 14 years old. Following the Ribbentrop-Molotov agreement, Poland was divided and the Beizer family found itself on the Russian side of Poland, under a Russian regime, between 1939 and 1941. Per Communist law, the family members could be sent to labor camps in Siberia, but the local commanders were impressed by the family’s parents’ behavior and they allowed them to stay.

Esther and her brother went to a new school, where they studied Russian. Life under the Russian regime was difficult, the family had to hand over its business to the authorities and to give all its grain to the Russians. From 1941, they were forced to wear a yellow badge on every garment, front and back.

In 1942 the family was taken to the Rozyszcze ghetto. They were not allowed to take anything from their home and they reached the ghetto with almost nothing. The parents’ families remained in Kovel and were killed in the ghetto, and the surviving family members did not know if they would survive for long.

Because of the grain business they had run, people In the Rozyszcze ghetto who came from the village knew the Beizer family. The parents brought with them sacks of toasted bread which helped them survive the first days in the ghetto. There was no food in the ghetto and there was no way to bring food into it. People who left the ghetto to bring bread were caught and killed. Nevertheless, the families managed to survive.

The family members were sent from the ghetto to work in labor camps. They worked in road repair, breaking stones with a hammer. The hammer was very heavy and their hands were blistered. Esther’s brother and father were in another labor camp.

Life in the ghetto was very difficult, there was no food and only people with permits could leave. The family was permitted to move to an abandoned house outside the ghetto, along with other families, and managed to survive thanks to food that some local gentiles had given them.

After the liquidation of the Kovel (?) ghetto, the Jews at the Rozyszcze ghetto realized that it will soon be their turn. Some fled to the woods and tried to hide.

While living outside the ghetto, the Beizer family met a Christian woman named Tania who promised to hide them. Esther’s mother gave her some jewelry she managed to hide in the ghetto and said, “If we survive, you will have a beautiful gift, if not, you will have a souvenir.”

After the liquidation of the Kovel ghetto, Esther’s mother and her brothers went to Tania’s and she hid them in the attic. Esther and her father stayed and worked in road repair. In the evening, before the last Aktion, they fled to a nearby town and reached the house of a Ukrainian man they knew, named Pavloch Kuzma. They hid in his stable for one night. The next day, Kuzma entered the stable and told them, “You must leave, I’m afraid to keep you, because if they catch you they’ll kill me.” Esther and her father had to leave and look for another hiding place. They went to Tania’s house, where another family was also hiding. Together with the Beizer family, a total 12 people hid in Tania’s attic. She could not feed all of them without arousing suspicion, so once a day she cooked a huge portion of soup in a bucket used for feeding cows, and gave it to them. The hiding Jews managed to get bread on their own, at night they went to the homes of gentiles who helped them, among them the Ukrainian Kuzma who gave them 15 loaves of bread every two weeks. Esther and her father would go out and risk themselves, “There was nothing to lose,” Esther said. “A hungry person is capable of anything.” In February 1942, it was a particularly difficult winter, Esther walked barefoot on the snow to bring bread. She had no shoes. Her shoes fell apart and there weren’t even any rags she could tie on her feet. Due to the cold winter, staying in Tania’s attic became impossible. The families feared that they would freeze to death. Tania suggested that they go and hide in two haystacks that were located on the sides of a warehouse near her house. The families dug a hiding place in the hay and lay there all day long. At night, they would steal food from gardens: apples, garlic. Some weeks they could not find anything to eat. They went to the bathroom in the corner, at night, so as not to wake the neighbors.
In 1944, the Russians were beating the Germans and the Germans began to retreat. During their retreat, they set up a large watchtower next to the barn and the families were afraid they would be found and killed. The Beizer family managed to escape to Rozyszcze, which was under Russian control.

In February 1944, the Russians celebrated the Red Army Day. The soldiers got drunk and the Germans took advantage of the situation and re-entered Rozyszcze. Esther and her family fled to Korosten along with the Russian army, by wagons and train. After a few months, when they realized that the Russians were already located deep within Poland, they returned. When the family came out of hiding, the Russians took the eldest brother Joseph to the hospital to be treated and then to serve in the army. He served in the Russian army from 1944 until 1955. He managed to reach Rozyszcze and from there he immigrated to Israel. Tania moved with her daughter to Moscow and died there in 1945. After the war, the family came to help Tania with her work and to their amazement she told them that she regretted helping them. In 1946, Esther married David Gruber of Lutsk, who spent the war in a labor camp in Russia. Esther met David in Russia, they married and traveled to Poland and from there to Germany. They had two sons, Moshe was born in 1947, Shimon in 1948. Esther and her family came to Israel in 1951 together with her parents. Her brother joined in 1958. When Esther and her husband arrived, they stayed in the Atlit camp for a few weeks and then moved to Tel Aviv. After about a year they moved to Zrifin, where they lived for about ten years. They then returned to Tel Aviv, where Esther lived until her death last year.